Ok, it’s just called Wallpapers but since it’s from Google I decided to call it “Google Wallpapers. Now on to the fun!

This I have been waiting for since like forever. Just a nice simple wallpaper app where you either set “wallpaper for the day” or just one that you like. And from Google. I know that there’s 2500 apps that does similar things today but not THE Wallpaper app like this one looks to be. This is what’s on the Pixel phones.

It works on Android 4.1 and up, but for some features you need Android 7.

Oh, if you’ve used time based wallpapers in Sense 7 (like I did) it will ask you if you want to change past that.

So, in short: I really liked it. Try it! 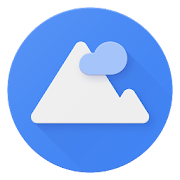