Well, there was an open beta before but it’s now released on Google Play (still beta tho).

Kodi™ media center, formally known as XBMC™ Media Center, is an award-winning free and open source cross-platform software media player and entertainment hub for digital media for HTPCs (Home theater PCs). It uses a 10-foot user interface designed to be a media player for the living-room, using a remote control as the primary input device. Its graphical user interface (GUI) allows the user to easily browse and view videos, photos, podcasts, and music from a harddrive, optical disc, local network, and the internet using only a few buttons.

Confluence is the standard skin and is designed to be fast and user friendly.
With the skin re-Touched, Kodi™ has now been enhanced to better work with larger phones and tablets as well. Kodi is not currently recommended for use with smaller phones.

Installed it on my Nexus 7 2013 and it looks pretty good, still a Beta so perhaps everything isn’t as smooth as it could be. 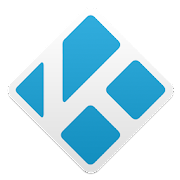